Welcome back to the series from MSDI, delving into the links between the Sustainable Development Goals and Australia’s textile, clothing and footwear (TCF) industry. This article explores the role the TCF industry plays in achieving SDG 11, Sustainable Cities. This is Part 2 of the in-depth look at SDG 11 (Catch up on Part 1 HERE), exploring the same topic with a focus on Indonesia…

﻿Welcome back to the series from MSDI, delving into the links between the Sustainable Development Goals and Australia’s textile, clothing and footwear (TCF) industry. This article explores the role the TCF industry plays in achieving SDG 11, Sustainable Cities. This is Part 2 of the in-depth look at SDG 11 (Catch up on Part 1 HERE), exploring the same topic with a focus on Indonesia.

In Part 1 of this series, we considered the issue of waste management for textiles in Australia. We noted that there is a lack of data around how much textile waste we are generating in Australia and that, in order for effective waste management solutions to be implemented, we need to confirm the size of the challenge. Although, at a minimum, we should be grateful that we have waste management infrastructure set up and that waste is, whilst not optimal, collected and, in a way, disposed of, the challenge of waste doesn’t disappear when we don’t see it.

In this article we will explore Melbourne’s sister city, Bandung, Indonesia, where the waste challenge is both visible and invisible, and how efforts in this city directly link to achieving the SDGs within the Textile Clothing and Footwear industry in Australia. We ask: What happens when a country or city’s waste management either lacks the ability to effectively deal with waste (textile or otherwise) or, in some cases, a waste management system just doesn’t exist at all?

The health of a river directly impacts liveability

The Citarum River is a 270-kilometre-long river located in the Bandung Province, West Java, Indonesia. It is an incredibly important water source for the country, especially so for the 25 million people who live along the riverside and depend on it for all of their water needs, from agricultural irrigation and food production, to cooking and cleaning.

In 2013, the Citarum had the inevitable distinction of being called the most polluted river in the world. A separate study that same year also found that levels of lead in the Citarum River reached 1,000 times worse than the U.S. standards for drinking water[1].  While the situation may have slightly improved since then - the Ganges in India has overtaken the Citarum for first place - the Citarum (sitting at second) is still incredibly polluted.

These pictures highlight just how dire the situation is along some parts of the river.

Relying on a polluted river results in devastating impacts. Along the Citarum, there are reports of citizens suffering from skin diseases (scabies and infections), hair loss and respiratory distress. The polluted water also causes extensive damage to the food supply, with crops that rely on the river for irrigation and the fish that live in the river being badly affected. Undoubtedly, the “liveability” of the location, which is the overall intention of SDG 11, “Make cities and human settlements inclusive, safe, resilient and sustainable”, is unobtainable in such a scenario.

Things are changing, however, with efforts underway to rectify and remedy the pollution that is choking the Citarum River. Indonesia’s government, at all levels, and individuals who live along the river are making changes.

In 2018, the Indonesian President, Joko Widodo, launched a seven-year Citarum cleansing program with the goal of making Citarum water drinkable by 2025. [1]

“Citarum River that was once clear is now the most polluted. Let us unite to clean the Citarum. We will try as soon as possible to clean it and hopefully in the next seven years it can be a source of drinking water” [2].

The “restoration and clean-up program” for the river includes programs to clear garbage from the river and for reforestation of the lands surrounding the Citarum. But will this be enough?

There are a number of reasons as to why the Citarum is so polluted. Poor to non-existent waste management structures in place along the river are perhaps the biggest single contributor. It is estimated that every day, “no less than 20,000 tons of waste and 340,000 tons of wastewater...are disposed directly” [1] into the river.

Bandung province is home to around 2800 factories and “most produce textiles, with some operations being essential links in the supply chains of global fashion brands” [3]. These factories rely on the Citarum “for their supply and for the disposal of waste water.” [3] Although regulated, investigations have found that waste management is fraught with bad practices, including illegal night dumping of industrial untreated wastewater directly into the river catchment.

For this reason, a reforestation and clean up program of work will have more chance of success if this work is accompanied by putting in place adequate waste infrastructure and governance arrangements for the river (both integral components of an integrated waste management approach [4]). Without taking such a comprehensive approach it is difficult to see how rubbish will be stopped from being washed down the river.

The Indonesian government is already taking steps to focus on industrial pollution. As an example, the Indonesian Environment and Forestry Ministry filed a lawsuit against the textile manufacturer, PT Kamarga Kurnia Textile Industry (KKTI), for its lack of commitment in processing its hazardous and toxic waste. At the beginning of this year, Bale Bandung District Court found KKTI guilty of polluting a section of the Citarum River, [5] and ordered KKTI to pay compensation of Rp 4.25 billion (US$301,000).

Increase a focus on transparency

Even though we are thousands of kilometres away from the Citarum, there is a role that we can play here in Australia to assist with Indonesia’s commitment and clean up efforts and, at the same time, work on achieving the SDGs.

Designing out pollution and eliminating harmful chemicals [6] in the production of textiles and fashion, requires knowledge and oversight - effective transparency. The advocacy work and recommendations of Greenpeace from 2013 hold true today:

“To help solve the problem of hazardous chemicals contamination, transparency of information between suppliers and brands – as well as full supplier engagement through hazardous substance use inventories – is essential. Corporate and governmental policies to eliminate the releases of hazardous substances, and their substitution with safer alternatives, need to be enforced.” [7]

The transparency initiative by Fashion Revolution calls on brands to provide information on their social and environmental policies, practices and impacts. This year’s Index reviewed 250 of the world’s largest fashion brands and retailers.

“The Index is a tool to incentivise and push major brands to be more transparent, and encourage them to disclose more information about their policies, practices and supply chain.”

Businesses are also encouraged to sign up to the industry-led Zero Discharge of Hazardous Chemicals (ZDHC): “a coalition of fashion brands and associates - working to substitute hazardous chemicals for safer ones in the production process.”

By both calling for and implementing effective transparency measures across all tiers of the supply chain, including raw materials processing and textile production, we have the opportunity to directly impact how textiles are produced in factories physically distant to us. Changing demand and influencing the production patterns in places like Bandung, will have a cascading effect that ultimately results in improved liveability for our fellow citizens.

The lack of waste infrastructure is not an issue unique to the Citarum catchment and Indonesia. As the UN notes under its report on SDG 11, 2 billion people globally do not have access to waste collection services and 3 billion lack access to controlled waste disposal facilities, figures that are expected to grow in the future:

“With increasing urban populations and the existence of consumer-oriented economies amid rising income levels and rapid urbanization, it is estimated that the total waste generated in the world will double from nearly 2 billion tons in 2016 to about 4 billion tons by 2050.” - sustainabledevelopment.un.org

The UN sees waste management as a critical focus area for the future, particularly as urbanisation rates continue to increase.

This article is thanks to Julie Boulton & Aleasha McCallion from Monash Sustainable Development Institute, Monash University. Stay tuned from more from this series as they delve into the SDG’s in detail over the coming months, and join the conversation on Twitter at @MonashMSDI﻿

2) The toxic waste that enters Indonesia’s Citarum River, one of the world's most polluted

3) In Indonesia, cleaning up the Citarum, 'the world's dirtiest river', is now a military operation

We also recommend having a listen to The Wardrobe Crisis podcast by Claire Press, #124 which looks at Chemicals in Fashion Supply Chains. Link below! 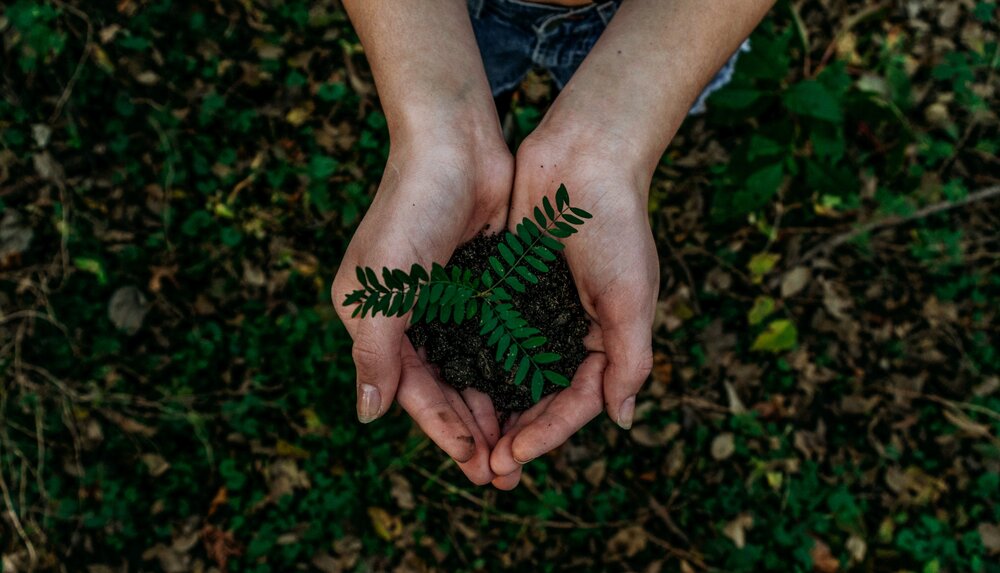 Don’t stop believing: the role the TCF industry plays in achieving the SDGs 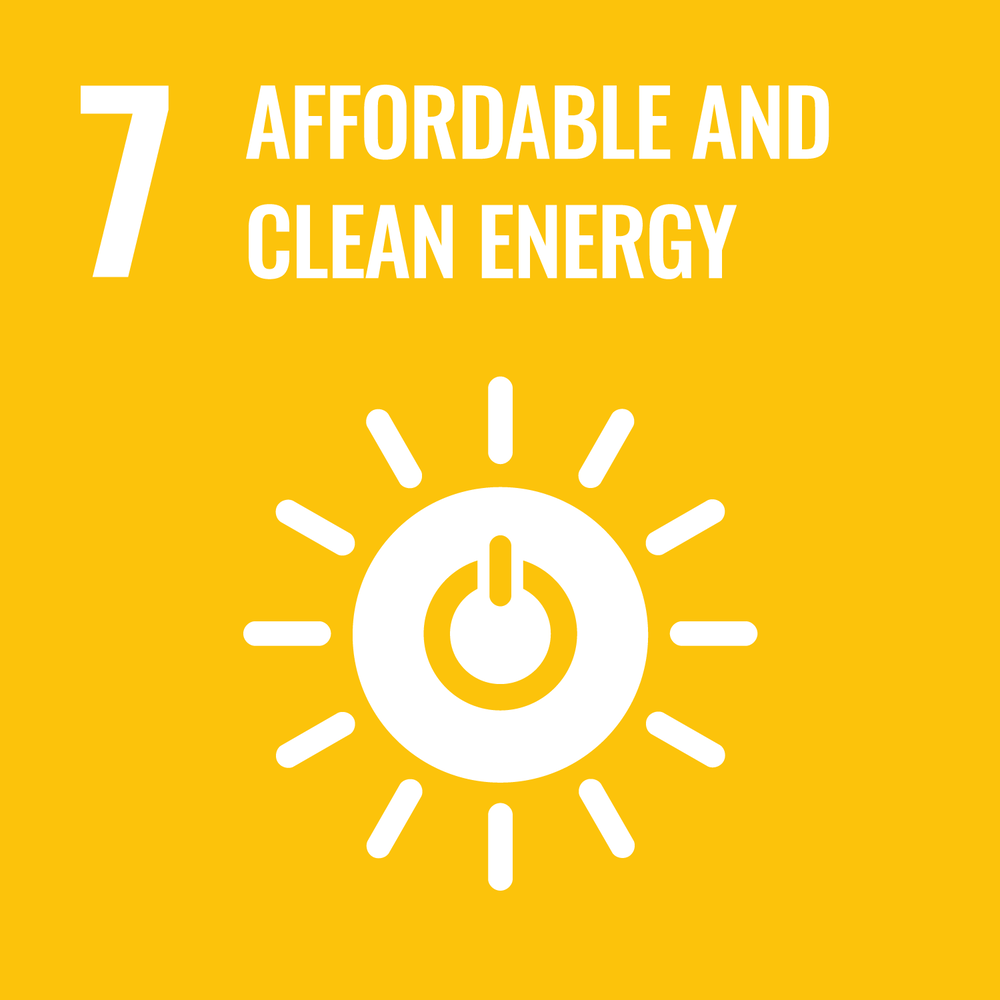 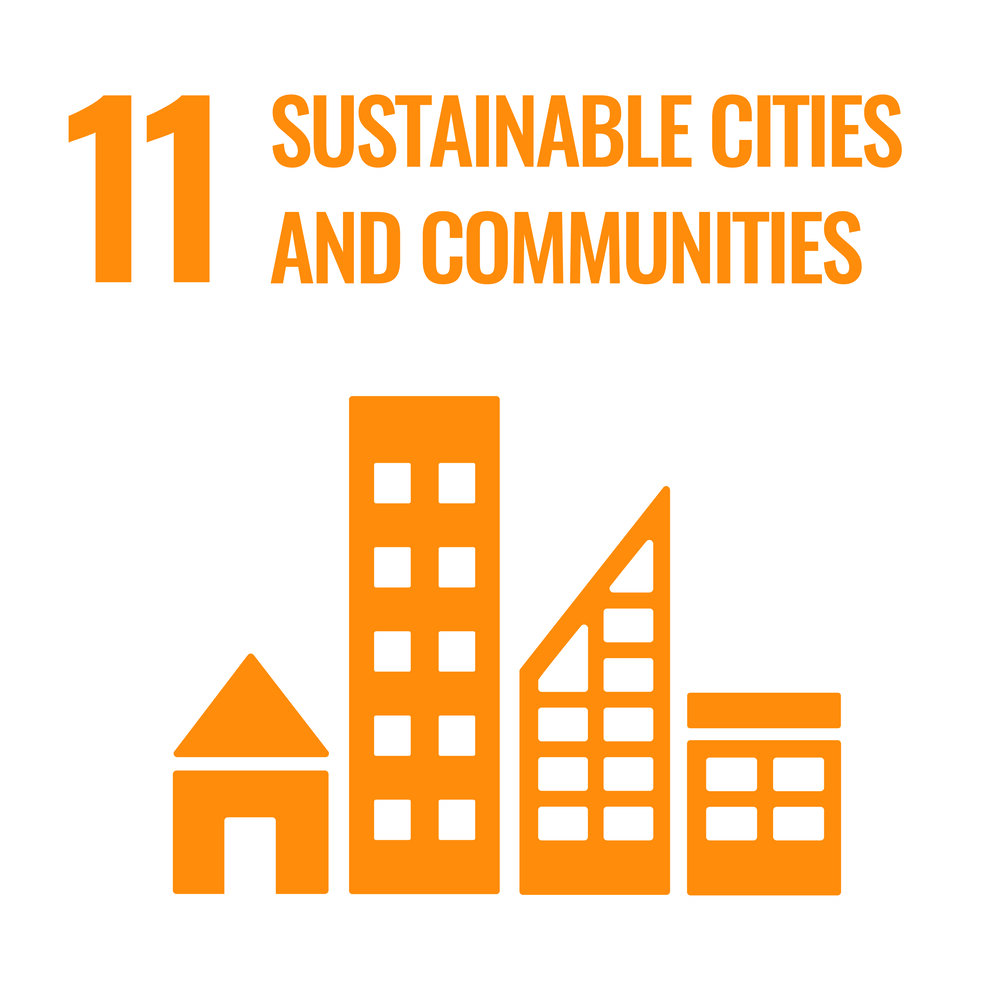 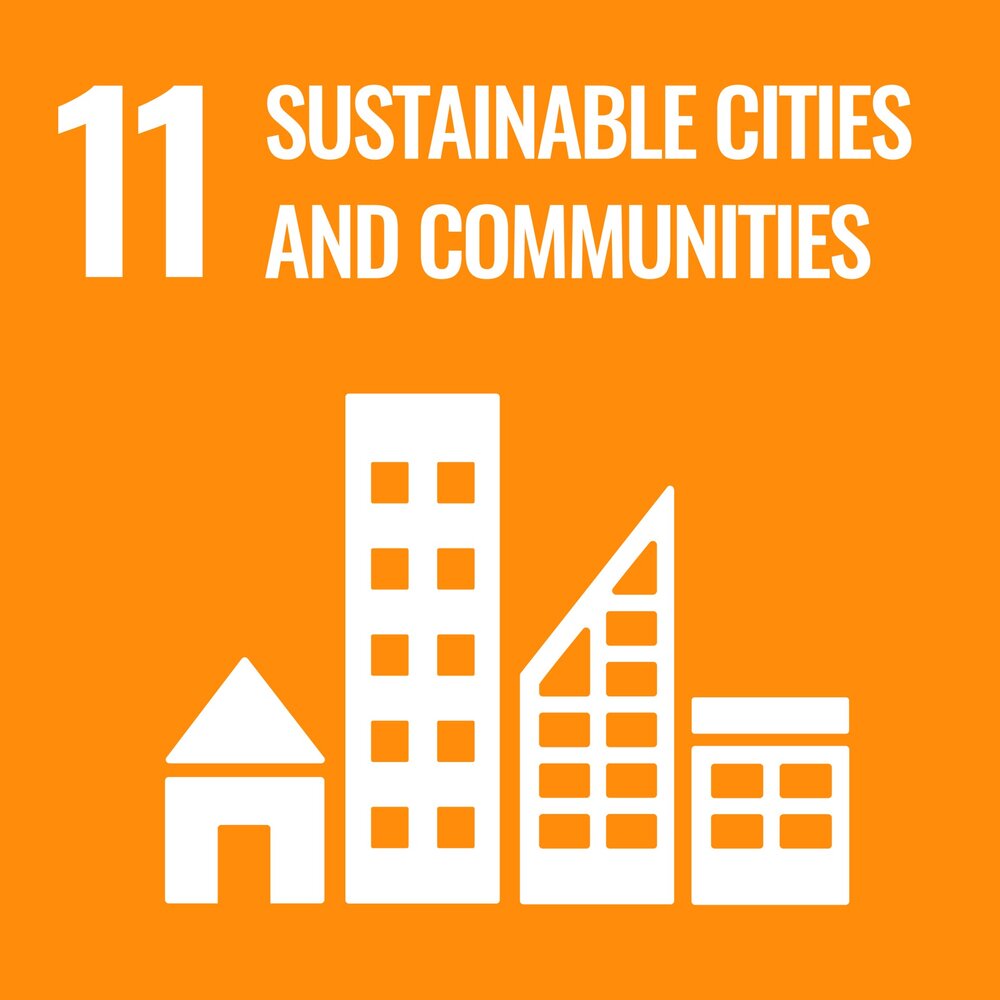 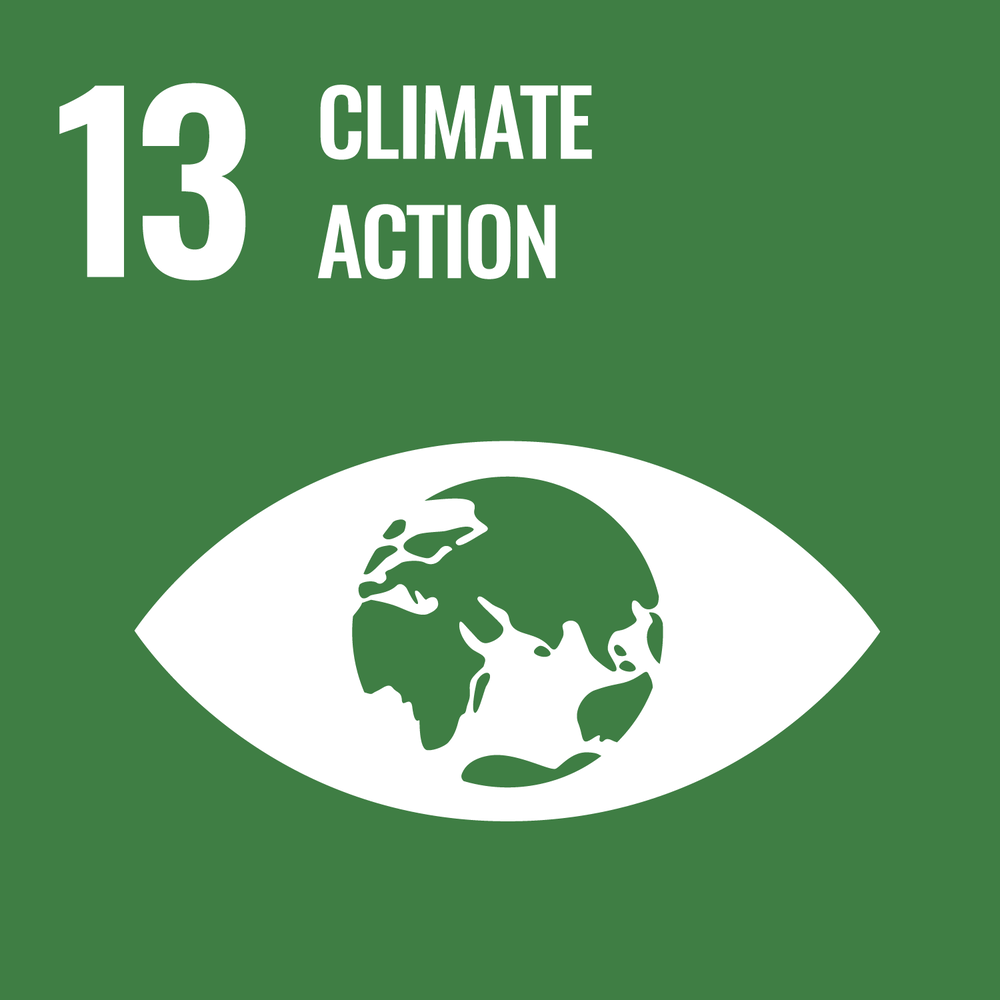 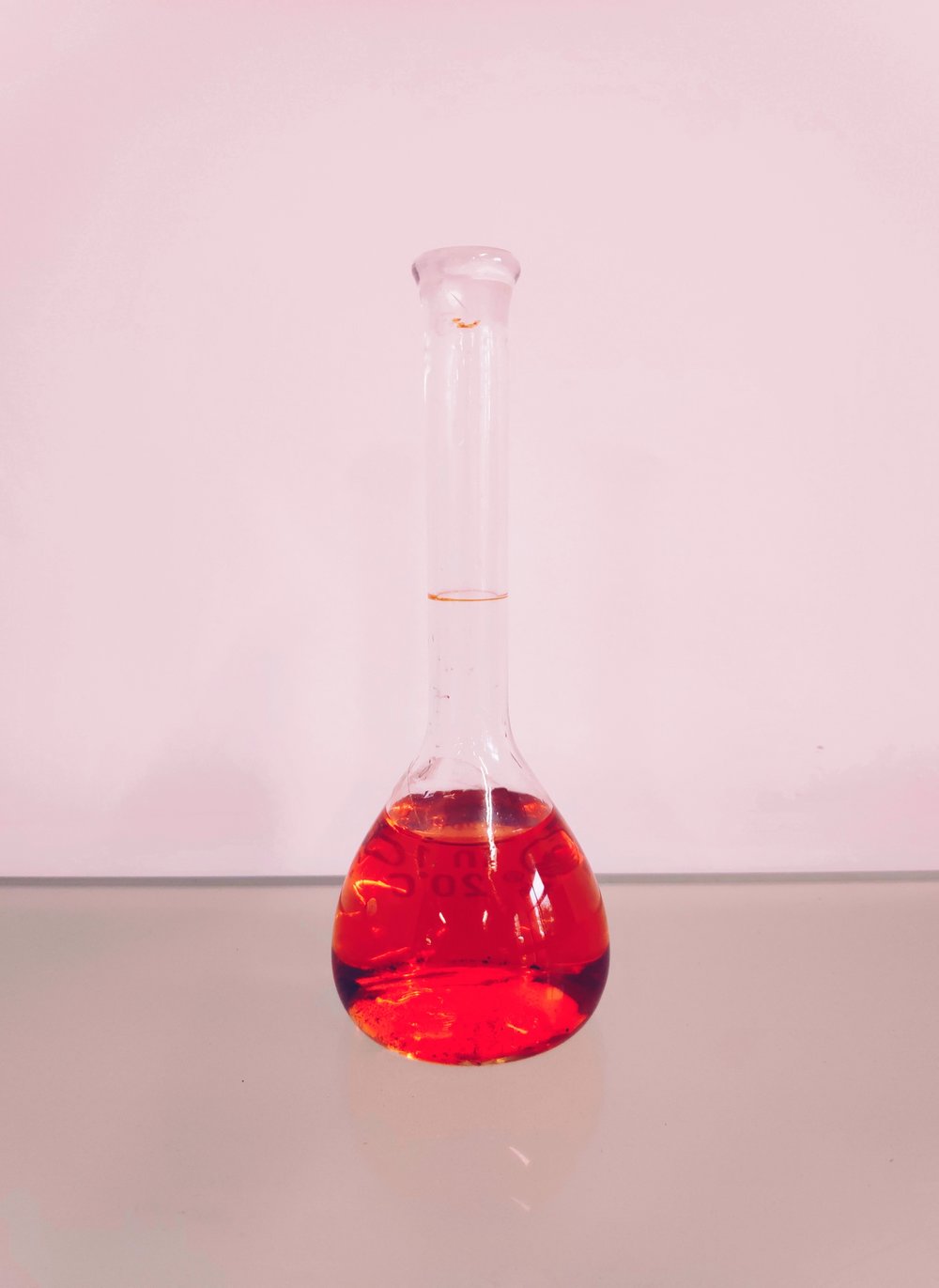 SDG 5 = The Power of Women and Girls 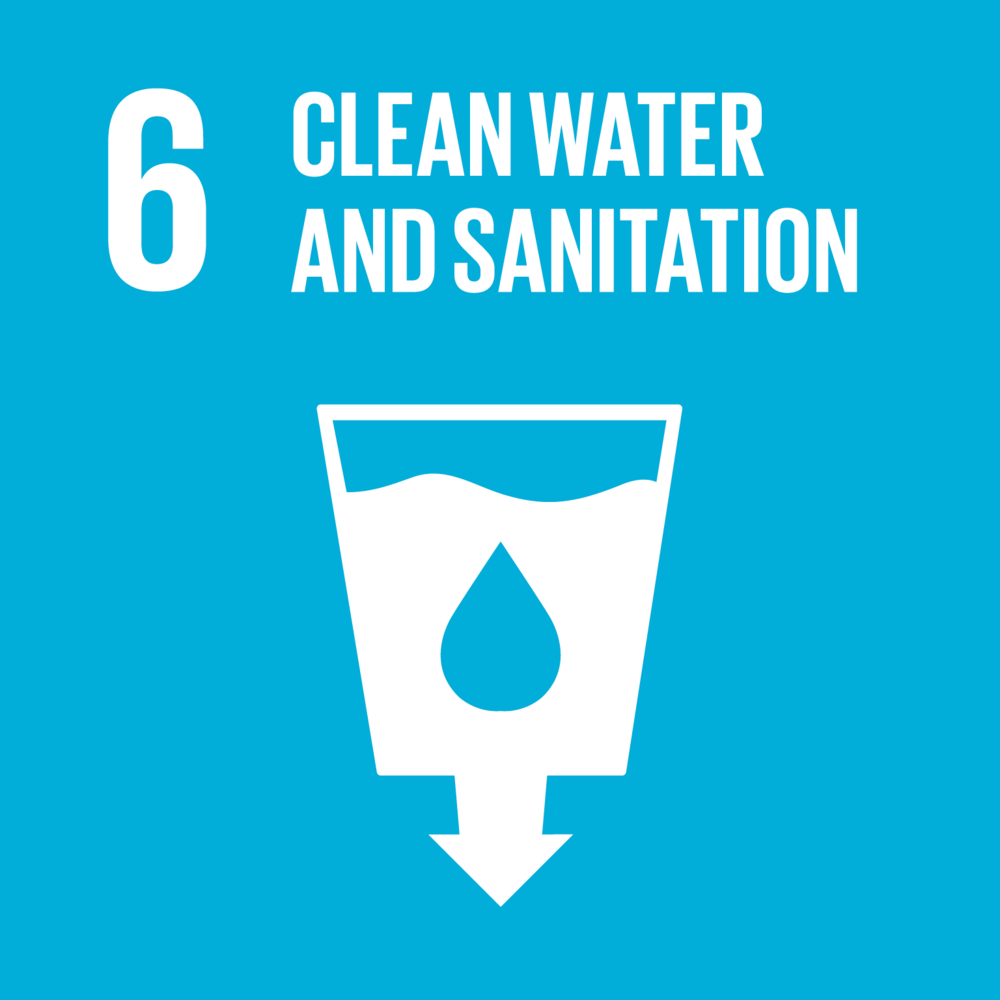 dfat.gov.au >>
www.sdgtransformingaustralia.com >>
Back to the Blog >>
back
Stay in touch